6 of the Best Events in New Zealand in November 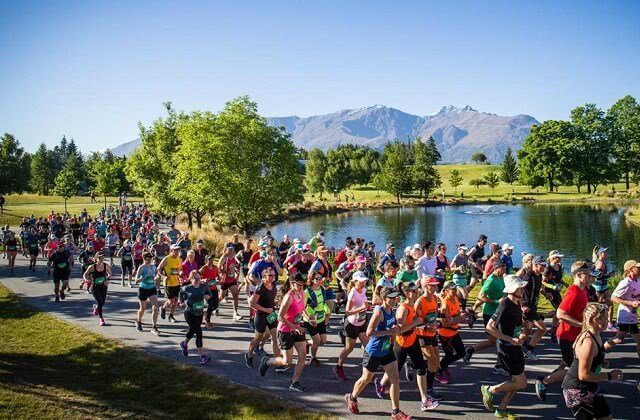 November’s a great month for getting out and about in New Zealand. It’s the month where Spring fizzles away into Summer and the spirit of the people starts to get festive with Christmas just around the corner!

It’s also the last chance to dedicate some time to getting out and about before the mayhem of December and Christmas comes around. Event organisers know this which is why November is stacked with some great things to do.

We’ve whittled that list down to our favourite six events that are taking place in New Zealand in November which we’re sure you’ll love and enjoy!

The Royal New Zealand Ballet gets us going in November, welcoming us back into the theatre with their production of the classic fairy tale, Sleeping Beauty.

It’s the fairy tale that everyone knows, exquisitely set to Tchaikovsky’s wondrous orchestral score with the beautiful dancing of the ballet itself. The production will also include intricate costumes by Donna Jefferis and incredible sets by Howard C Jones.

It’s a great evening out for all as the perfect bit of escapism that’s full of positivity and hope. A great way to introduce the kids to ballet as well with the show touring across the country.

Kiwi’s love their craft beer and it’s not appreciated anywhere more than the Wellington which is the host of Beervana.

Beervana delivers exactly what it says on the package. Excellent craft beer with fantastic food and a festive atmosphere.

Food and beverage vendors from all around the country participate in the event with close to 50 of New Zealand’s best craft breweries signed up already for 2020! This year promises to be bigger and better than ever with the presence of established labels as well as a few newcomers keen to get their brews on the taste buds of the public.

One of the big features of Beervana that is super-popular is their annual Beat the Brewer competition which is an open competition for homebrewers to take on the big boys. Basically, the challenge is to fool the brewers by brewing one of their own beers at home and seeing if they can taste the difference – blindfolded!

A post shared by Queenstown Marathon (@queenstownmarathon) on Oct 9, 2020 at 1:46pm PDT

For all those endurance athletes out there, the Sotheby’s International Queenstown Marathon will have likely been in the calendar for months and so you’ll no doubt be happy it’s nearly here.

It’s hard to think of a more beautiful and picturesque place to host a marathon than Queenstown which is partly why it attracts so many competitors. With the Remarkables, Crown Mountain Ranges and Queenstown Lakes in your sights, you’ll find no shortage of inspiration to get you through the course.

That being said, you don’t have to be the ultimate runner to participate as there is also a half marathon option, a 10km run and a 2.2km kids race too. Whichever course you choose, it’s a wonderful event to register for in an extraordinary part of the country.

Raybon Kan is one of the legends of New Zealand stand-up and is bringing his latest show, Kan Touch This, to venues all across New Zealand.

He’s been on the stand-up circuit since the 90s have performed at prestigious comedy festivals like the Edinburgh Fringe Festival, Montreal Comedy Festival and the Melbourne Comedy Festival.

For his latest show, the comedian promises that ‘touchy subjects will be touched’ and will no doubt deliver a night full of great laughs, something we could all use a bit of at this current point in time.

Where: Auckland and Wellington

One of the most popular and highly regarded food shows takes place at the Auckland Showgrounds this November which is, of course, the Auckland Food Show.

The event is a foodies dream with 4 days worth of great eating and drinking, talks, demos and general culinary enjoyment to be had. Over 320 vendors will showcase the best local talent and produce as well as some delicious international cuisines too.

Post-lockdown it’s one of the first and biggest culinary events to hit our calendars and it’s undoubtedly going to be one of the best so don’t miss out!

It’s great to have some live sport with crowds happening in New Zealand once again and we end November with the start of New Zealand’s favourite summer sport – cricket!

The first visiting team in the schedule is the West Indies who kick-start their tour with 3 x T20 matches in Auckland and Tauranga.

The West Indies are the true entertainers of the cricketing world and the Black Caps have some world-class stars of their own like Kane Williamson, Trent Boult and Ross Taylor.

It’s gonna be a whole lot of fun in the sun so make sure you get tickets to at least one of the matches.

Where: Auckland and Tauranga