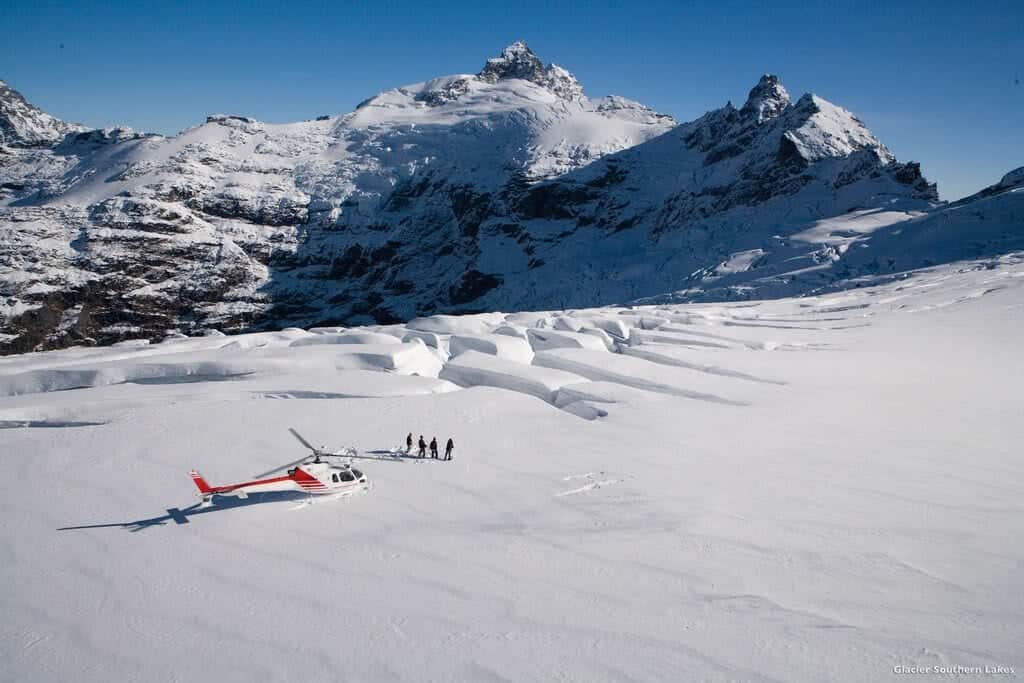 New Zealand is a beautiful country that attracts visitors from all around the world. Its untouched and rugged beauty is what most captivates people and there’s nothing that quite compares to walking along our endless coasts or hiking through our beautiful mountain ranges.

What people don’t often realise is that there’s another way to view our landscape that is even more mesmerising which is via a scenic helicopter ride!

New Zealand’s many scenic helitours allow you to appreciate the sheer scale of our snow-capped peaks, the many different colours of our landscapes, the density of its rainforests, or the fury of our active volcanoes.

So we decided to pick our favourite scenic helitours that you can enjoy at different locations all over the country!

A popular scenic flight is the one over the North Island’s Bay of Islands (3 hours north of Auckland) which takes you above the sparkling turquoise waters surrounding the 140+ islands.

One of the most highly rated options is the ‘Hole in the Rock’ experience by Salt Air Tours. The Hole in the Rock is a small island (Motu Kokako) which features are naturally formed 60 ft hole which is of great cultural significance to Maori and has become a major tourist attraction in the Bay of Islands.

With the ‘Hole in the Rock’ experience from Salt Air Tours, you’ll not only get to see this from the air, but you’ll also get to land on the recently completed helipad near the Island’s summit, over 150 metres high, with stunning views of the island and the waters that surround it. You’ll also learn about the cultural and ecological significance of the island to complete a memorable day out. 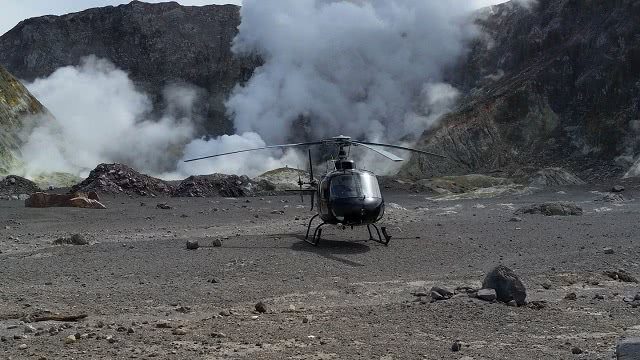 New Zealand’s only permanently active volcano is White Island, situated 48kms off the east coast of the North Island’s Bay of Plenty. Its Maori name is ‘Te Puia o Whakaari’ means ‘The Dramatic Volcano’ which is definitely not an understatement and is a spectacular sight from the skies.

There are a number of providers that offer tours of the island including the Qualmark endorsed Aerius Helicopter White Island Tour.

The White Island Tour gives you a memorable, out-of-this-world experience. With spectacular views of the furiously steaming vents spouting forth large plumes of smoke, the deep crater lake, the spitting and bubbling hot streams and the boiling mud.

The lunar-like landscape can also be explored up close and personal with a landing on the active crater floor. It’s a surreal experience and incredibly fascinating too where you’ll pick up some interesting facts and see things like the old historical mining ruins of an abandoned facility used to mine sulphur.

Extraordinary and unique, it’s one you won’t want to miss.

3. Mount Cook and the Franz Josef and Fox Glaciers 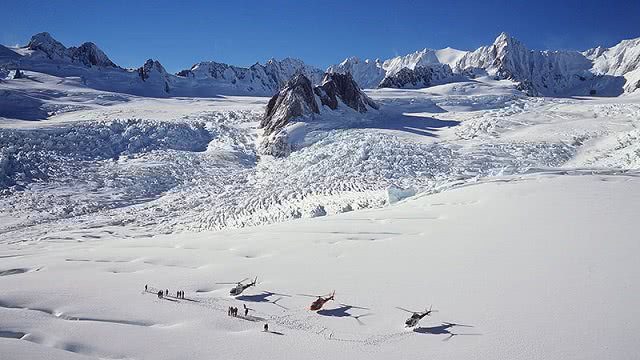 As we move to the South Island we take our first look at the mighty Mount Cook (New Zealand’s highest mountain) and the incredible Franz and Fox Glaciers.

It’s hard to find the right words to describe these sights but one word that is fitting, especially from the air, is ‘majestic’. The whole landscape in fact, can be described in this way including the numerous snow-capped peaks in all their sparkling glory, the crevasses-filled glaciers, the glistening waterways and rugged wilderness, one could go on.

Heliservices NZ offer a number of different of flights from Tekapo including one that gives you great views of all three. The experience is nothing short of breath-taking and also includes an epic snow landing (subject to weather conditions) for more magnificent views.

If you’re after an experience that will max out the senses then this is it. To top it off, GO Rentals have a deal where its customers receive 10% discount using their GO Play card! It doesn’t get much better than that so be sure not to miss it out.

Situated in the south west of the South Island it is a point at the mouth of the fiord featuring sheer cliff faces that stand over 1,200 metres high.

The good people at Heli Tours offer the ultimate Milford Sound experience from Queenstown which takes you through the native forest, alpine farmland and into Fiordland National Park with its hidden valleys, waterfalls and lakes.

From there, you’ll be dropped off at the Milford Sound Terminal to enjoy a boat cruise of the waters of Milford Sound, adding another dimension to the experience, before being returned to Queenstown by the helicopter you arrived in.

The small seaside town of Kaikoura, in the South Island’s Canterbury region, is renowned for its waters which teem with marine and seabird life.

You might not immediately think it, but it’s the perfect opportunity to enjoy a unique whale-watching helicopter flight that allows you to spot giant Sperm Whales from an amazing birds-eye view. Kaikoura Helicopters are a great service that enables you to experience this and more.

The reason why this experience works so well from the air is down to the large size of whales. From any other vantage point, you’d struggle to see the entire whale from head to tail, but from the air, you can.

The chance of spotting one (or, hopefully, many) is far greater by helicopter as it is able to cover greater distances in a shorter amount of time and can spot them from further away. Other marine life that resides year-round in the waters around Kaikoura includes Dusky Dolphins and New Zealand Fur Seals.

The team at Kaikoura Helicopters have great local knowledge who know the whales as regulars and know the best spots to fly to, so you get the best views possible. It’s a breath-taking way to witness these remarkable creatures that many people find both spectacular and moving.

So there you have it! Our 5 picks for the best helitours in New Zealand. We hope you’ve enjoyed the read and if you’ve never experienced a helicopter ride before then there’s no better excuse than to do so in one of the most beautiful countries in the world!