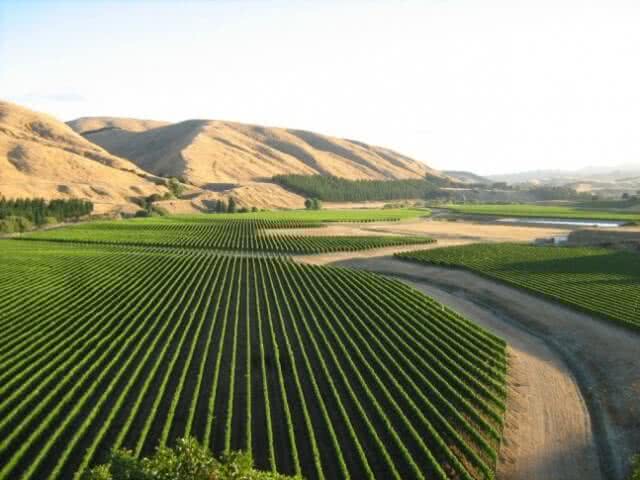 You might know Wellington as the capital of New Zealand, or maybe as the Windy City. We know Wellington as a beautiful city that is also a great place to embark on some wicked day trips. We’ve put together a list of some of our top places to visit, all within 3 hours’ drive (or ferry!) from NZ’s bustling capital.

If you are looking to make a trip to Wellington, make sure you check out the latest deals on car rentals in Wellington and find out why we’re one of New Zealand’s favourite rental car companies.

If you’re not a Wellington local, then you probably haven’t heard of Matiu, or commonly referred to as Somes Island. This scientific and historic reserve sits in the heart of the northern half of Wellington Harbour, and is a popular and educational tourist attraction for the area. Rich in Maori and cultural history, it’s a fantastic day trip to take on the ferry with the kids to learn a little bit about the endangered flora and fauna on the island, and you might even catch a glimpse of the very small Little Blue Penguin, which has found Matiu to be a stronghold for the species.

One of the four cities within the Wellington metropolitan area, Porirua is a vibrant city that surrounds the southern part of the Porirua Harbour, and has direct access to coastal parks, recreation reserves and sheltered beaches. With a wide range of activities offered within the area, you’ll find something for everyone in the family, whether it’s shopping at the North City mall, kayaking in the harbour or visiting the Pataka Museum of Arts & Cultures.

The west coast of the Wellington region is full of gems, and one of our favourites is the small town of Paekakariki, less than an hour’s drive from Wellington city. The landscape of the town is famed for being a natural and largely untouched beauty, and is a hit with hiking enthusiasts. One of the best ways to get the full experience and appreciation for this town is to take on the Paekakariki Escarpment Track – an intermediate level tramping track that takes around 3-4 hours to complete. The highest point of the track boasts breathtaking views of the coast and surrounding cities, with deep blues and greens that’ll make the hike definitely worth your time.

Arguably one of New Zealand’s most famous wine villages, Martinborough is a must-visit for anyone who enjoys spending a day wine-tasting and exploring lush and renowned vineyards. Throughout the year Martinborough draws in large crowds by hosting many events, possibly most successfully Toast Martinborough, a wine, food and music festival in the town centre. If wine and food isn’t necessarily your thing, not to worry, the town has some stunning cycle tracks, as well as a spirited jazz music community, meaning you’ll never be without something exciting to take part in.

If you’re a Lord of the Rings fan, then the Putangirua Pinnacles might be better known to you as the “Paths of the Dead”, the haunted pass that Aragorn and company must travel through in the White Mountains. The Pinnacles are an example of Badlands erosion, with the resulting formation a spectacular rock structure that make for some of the most unique landscapes in the country. There are three routes you can take that lead to the Pinnacles and lookout, meaning each visit offers a new and breathtaking experience.

Once at the centre of a booming agricultural district, Palmerston North might now be better known as being the North Island’s “student city”, with a substantial portion of its population students completing their tertiary studies. This means there’s plenty of places to grab a drink in this city, with lively pubs to cocktail bars, depending on what your drink of choice is. Palmerston North is also home to the New Zealand Rugby Museum, which is dedicated to the national sport of New Zealand, rugby union. You’ve probably heard of the All Blacks already, but if not, this is the perfect place to learn about the most successful sports team in the entire world.

The drive to Cape Palliser, the most southern point of the North Island, is one of the most dramatically scenic coastal drives you can embark on in the Wellington region. The destination is landmarked by the iconic Cape Palliser lighthouse, identifiable by its red and white striped paint job, which sits atop a wild and rugged coastal cliff face. As well as the spectacular views of Palliser Bay you’ll be privy to, the area is also the location of the North Island’s largest fur seal colony, where you can watch them playing on the rocks and basking in the sun during the Summer months.

A stunning and intimate city built on the banks of the mighty Whanganui River which flows from Mt Tongariro to the sea, Whanganui is one of the oldest cities in New Zealand, and has a rich and brilliant history. It’s probably no surprise that one of the best things to do in Whanganui is explore the river, which holds the title of NZ’s longest navigable waterway, meaning you can get on a boat, hire a kayak or even walk by foot along the river path to soak up the amazing riverscape. If you’re keen to explore a bit further out from the city centre, the Bason Botanic Gardens are one of the most extensive public gardens in New Zealand, with a variety of exotic and native plantings surrounded by walking trails and open fields.

Last but definitely not least, we have the only South Island destination in our list which is a 3 hour ferry ride away from Wellington, the incredibly picturesque seaside town of Picton. You’ll struggle to come across a more idyllic and quaint town in NZ, with the destination built within a sheltered harbour that’s your first stop when travelling from the North to the South Island. The Marlborough Sounds are unlike anything else you’ll find in New Zealand, with some of the most serene waters that are perfect for fishing and diving. You can take the car over on the ferry with you, meaning it’s up to you whether or not you want to continue your adventure further South, or head back to the capital after a day of adventuring.

These are just some of our picks for the top destinations within 3 hours of Wellington, however we would love to hear what would make your list!