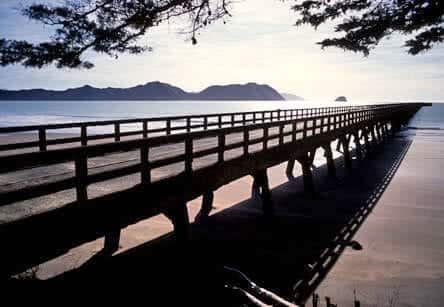 Ever wondered where in the world is the first place to see the sunrise? Well, wonder no longer! North of Gisborne, New Zealand, around the coast to Opotiki and inland to Te Urewera National Park, The East Cape has the honour of witnessing the world’s first sunrise each and every day.

There is some controversy over which country is the first to see the sunrise and this is due to the constant evolution and shifting of the international dateline for political and economical reasons.

The first country to make the move was the Kiribati Islands, located in the South Pacific. The Republic of Kiribati is a group of islands spread over 3.5 million sq km and up until 1995, the country had eastern and western islands that were spread across the international dateline, with 24 hours separating the islands. This wasn’t a practical solution and in 1995, they made the decision to move all of the islands to the eastern side of the dateline, putting them at UTC +14  – a completely new timezone and the furthest zone to the east.

Tonga was the next to follow suit, also moving to UTC +14 by introducing daylight saving in 1999.

Then, in 2011, Samoa took the decision to move position on the international dateline. Previously, Samoa was the last place in the world to see the sunset. A highlight for many people on a trip to Samoa would be a visit to Cape Mulinu’u where you could be amongst the final people in the world to end the day. After their move in 2011, a move to bring them more in line with the working week in New Zealand and Australia. 119 years earlier, they had made the move the other way to align with the US in a bid to improve trade, however, Australia and New Zealand became increasingly important to them.

So, as you can see, there is a lot of shifting and jumping and we can definitely agree that the Kiribati Islands and Tonga are the first countries to welcome a new day (and more excitingly, to welcome in the new year each year), with Samoa sitting at UTC +13.

The history of East Cape

Tuuranga-nui, near Gisborne, is where Captain Cook first set foot in New Zealand. Cook named the bay ‘Young Nick’s Head’, after the ship’s boy who first spotted land. The impact of Cook’s visit was strong, and the area later became one site of the New Zealand land wars in the 1860s, a major and violent conflict between the native Maori and the Pakeha settlers.

It is still predominantly Maori occupied and Te Reo – the Maori language – is still spoken fluently by a large portion of the population. The East Cape is a stronghold of Maori tradition and offers a unique opportunity to experience the culture of Tangata Whenua, the ‘people of the land’.

Known for its misty mountain lakes, Te Urewera National Park is the traditional home of the ‘children of the mist’, the Ngai Tuhoe tribe. It is the third-largest national park and the largest untouched native forest in New Zealand and there are many beautiful walks within the region, as well as campsites and huts for staying overnight.

Horse trekking is another way to experience the mystical magic of Te Urewera and the East Cape, and hunting and fishing tours can also be arranged. These can be booked online.

The best places to see the world’s first sunrise

Around the bays, the untouched beaches and relaxed lifestyle are renowned. Hicks Bay is the eastern tip of the cape, and there you will see the world’s first sunrise. The East Cape Lighthouse provides a wonderful setting for watching the dawn breaking, and there is comfortable accommodation nearby at the Hicks Bay Motel Lodge.

Camping, diving, swimming and surfing opportunities are available right around the coastline and the multitude of small, hideaway bays and inlets are perfect for exploring. Affordable accommodation is readily available and there is a general atmosphere of warm hospitality.

This isn’t a place to be clock-watching or hurrying; be prepared to step into another dimension and allow the East Cape experience to wash over you. The East Coast of New Zealand’s North Island is a great place to explore – why not check out some of our itineraries from either Auckland or Wellington and get some great ideas for your next road trip:

You can pick up great deals on rental cars in Auckland or hire cars in Wellington and hit the road.